Visit our kennel, see the conditions in which our puppies grow up. Meet us and our dogs. 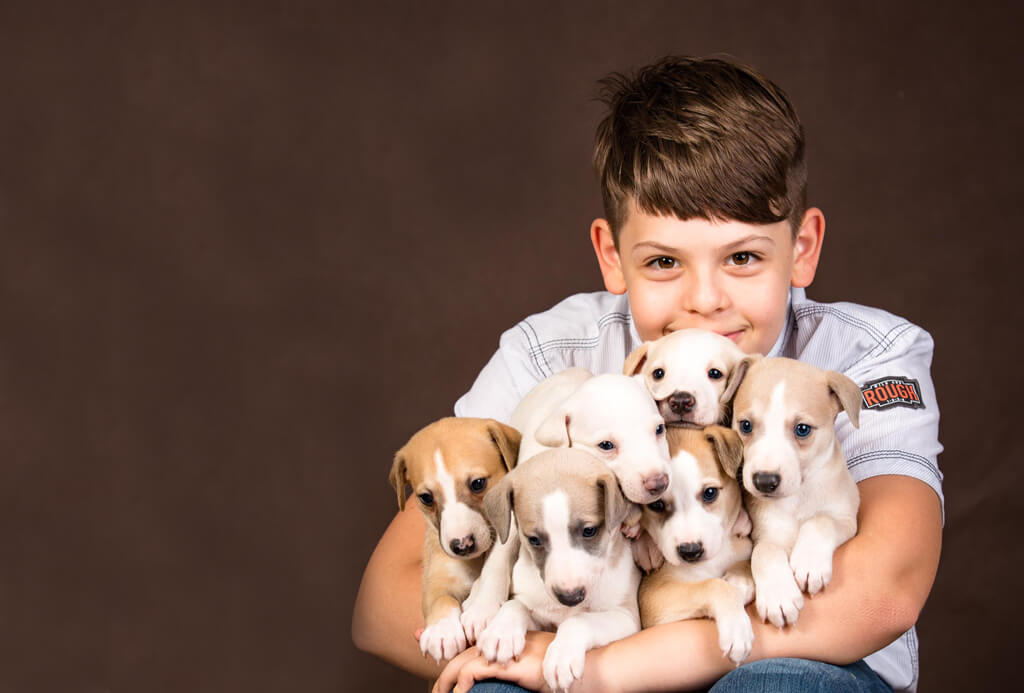 From the life of Alijamo's

I would like to proudly present 5 years conscientious breeding work of Alijamo’s whippet kennel. Currently we bred 36 dogs with very nice results on shows, coursings and other dogs activities. Below you can see all our achievements.

Browse the online publication about our kennel

I have been devoting myself to dogs for many years, until the establishment of Alijamo´s kennel as the owner of a bitch Zorka (roe deer rat) and poodle Rony (he was a brother, he received it as a birthday present, which was a pretext to buy another dog). I originally wanted a Dalmatian, but he was too big for my parents to live in. So we finally brought Zorka home. Both Zorka and Rony brought us into the world of duty but also fun. We met the dogs in our housing estate, walked together. After the departure of Zorka and Rony, I decided to return to the breeding of pinschers as soon as I became independent. After the introduction of the ban on docking tails and ears, the rattie did not seem so interesting to me. In 2010, my choice fell on the Italian Greyhound. For no particular reason, I looked at the whips’ ads at the time – and there was a huge breakthrough. After discussing with several Whippet breeders and considering the pros and cons, I firmly decided on a Whippet! It was decided by its firmer constitution of the body and, last but not least, the extremely large variety of colors.

Our first whippet lady was AMIRAH JASMINE CON AMORE, to which the female ALICA ALMIR´S FAMILY was added in less than two years.